A good aviation consultation services Malaysia knows that a well designed aircraft that meets every appropriate specification will guarantee itself a good performance and integrity. But even the best planes can still run into problems mid flight or worse, crash if a certain element fails in their job.

Good planes are not fantastic without the control of human pilots, and a pilot is perhaps the heart of a plane’s journey from start to end. An ideal pilot must be very good at flying it while avoiding mishaps, and they are given the important task of carrying passengers to their destinations safely.

If a pilot is unqualified, yet they are hired anyway, this is a recipe for disaster. It isn’t just limited to planes, as other vehicles in other terrains such as cruise ships also apply. One grave mistake behind the wheel and they will doom everyone on board.

So how do you want to qualify yourself as a proper pilot?

There are four options you can take to undergo airline training, depending on the license that you want to obtain to align with your goal. There are flight schools, aviation-related college degree programs, airline cadet pilot programs and uniquely, the Malaysian Air Force.

Flight schools are probably the first option you would hear of when it comes to airline training. There are about 15 of them in Malaysia offering pilot training programs, each school sporting their respective procedures, enrollment requirements, requirements and varying tuition fees.

That license allows you to fly as a Pilot In-Command (PIC) with a single or multi crew licensed Malaysian aircraft. Like its namesake, you will be able to fly commercial airlines with the CPL license.

Next, you can choose to attend an airline cadet pilot program if you want to be a pilot since you first see planes or pilots in action as a kid. Upon completing the course, you are guaranteed to be employed as a legitimate pilot. Meanwhile, airlines also sponsor these programs.

The license you will obtain is an Airline Transport Pilot License (ATPL), which the benefits are similar to a CPL license.

Finally, if you want to serve your country as a pilot, joining the military is the option you must take, specifically the Malaysian Air Force. Although the government will sponsor your flight training, you will not be able to take the skies in a commercial airplane until you have stayed in the military for 12 years after completion of training.

Regardless of the pilot training program that you are going to take, you must be over 17 years old and secure a medical certificate by speaking to your flight school so they can arrange it for you. You must also at least graduate from high school and be proficient in level 4 English standard. 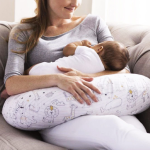 Retirement made easy: How to select your insurance plan? 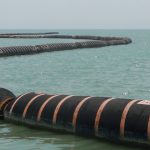