Things We Do That Are Harmful To The Ocean

70 percent of the earth’s surface is nothing more than just water. In other words, the majority of our world is the big blue ocean that is home to millions of species. The ocean has brought a lot of things for us. It gave us livelihood, delicious cuisine, the world’s best sources of protein, more than 60 percent of the world’s oxygen and unbelievable views.

People who are enthusiastically participating in diving malaysia and all over the world can vouch for how beautiful the habitat of the ocean is.  From awe-inspiring angelfishes to sparkly blooms of planktons, the ocean has nothing but wonders for us. Divers can tell us about this beauty but they can also tell us about how threatening we are to the watery habitats and beautiful marine life.

Over the years we have underestimated how big of a threat the human race have become to the marine world. We have single handedly managed to ruin about 361.9 million square kilometers of watery wonders, as a result of our actions. We tend to forget that our lives depend on the health, beauty and survival of the ocean. As a result humans have made serious blunders and little mistakes that had a largely negative impact on the ocean.

Many parts of the world depend on fishing as a source of food as well as a source of income. Generally fishing is not unethical and has lots of benefits for the world. However, there are some unsustainable practises of fishing that pose some ethical issues. These unsustainable practises are a great threat to the biodiversity  and ecosystem. Some of these practises include overfishing, catching unwanted fishes and extinct marine species, exploiting fishing resources, using bad fishing methods and so on. Fishing unsustainably has negative consequences for both the ocean and people. It can cause a loss of biodiversity, inevitably our food sources. It can get in the way of conservation and the right to food and safety.

Fertilizers are known to cause deoxygenation, meaning reduced levels of oxygen. The excessive nitrogen from fertilizers dumped into the ocean can cause the harmful growth of algae which causes the decline in oxygen. Consequently this leads to millions of species under threat and shoves them into unlivable habitats.

Oil spills happen every once in a while and whenever it does, it is  largely devastating to organisms in the ocean as well as on the land. birds , fishes and mammals alike suffer the consequences of major oil spills. It can ruin beautiful beaches, lagoons and coral life. In Addition to oil spills, chemical spills also happen often. Chemical spills can have major impacts on the animals digestion, survival and their existence.

There are more than just big oil spills and fertilizer dumps that cause damage to the ocean. Contributing to the world’s waste problems, consuming unethically, supporting unsustainable clothing trends, all have an impact on the ocean. Believe it or not, it is the simple changes we make in our lives that make the biggest difference. Eating organically and producing less waste also has an impact when done collectively.

2021-05-29
Previous Post: Cable Vs. Fiber Optic Broadband: What’s The Difference
Next Post: What is a Master in Medical Laboratory? 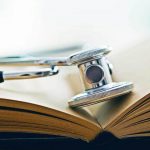 What is a Master in Medical Laboratory? 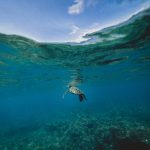 Things We Do That Are Harmful To The Ocean

70 percent of the earth’s surface is nothing more than just water.